Yeah, its a little late... This is a review of the contents of the January Loot Crate and Nerd Block Classic. I'm going to do a direct comparison this time, we will see about future installments. First up, the cost.


Each has 3, 6 or 12 month plans that drop the cost a little bit but only loot crate has subscriber specific discounts (clicking my referral link gets you a discount and me some credit.)

So first up Nerd Block Classic: Theme "A galaxy far, far away" We have a Dr Who Shirt, Star Trek / Planet of the Apes Comic, Star Wars film cell, Lord of the Rings Elf ears, pen and bookmark, a Grumpy Cat Plush and some toy Darts.

Then we have the Loot Crate: Theme "Rewind" 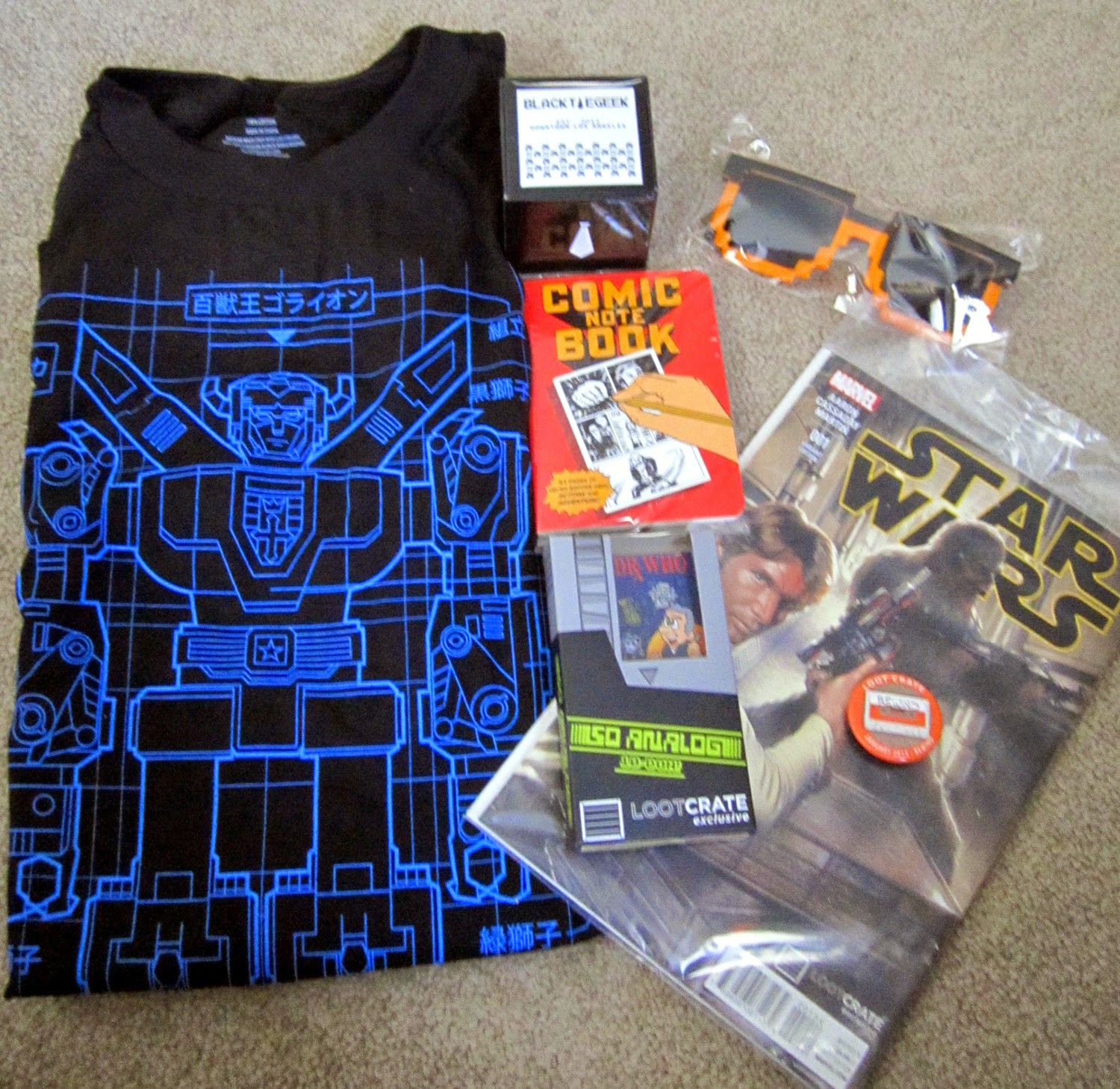 So both crates contained shirts and comics (which are always decent items) and easily make up about $30 of their respective values. A film cell equivalent retails at $50 on Mighty Ape including a frame, so it would be fair to say $15 for that, making the pen, bookmark, darts, ears and plushie basically free. A basic Tie will set you back about $15, making the notebook, cartridge figure and glasses free.

So which is better? Well this is the second set of glasses I have had from Loot Crate that I wont be using but the figure and notebook are cool. I quite liked everything on the Nerd Block this month, I could easily use everything in it this time around. I would say they are about tied, possibly with Nerd Block ahead.

You definitely get more stuff in a Nerd Block but Loot Crate has more exclusives. But Nerd Block always has a shirt so if you are wanting to expand your geeky attire that is a good way to go.