This is a review for February's Nerd Block and Loot Crate, here is what they cost: 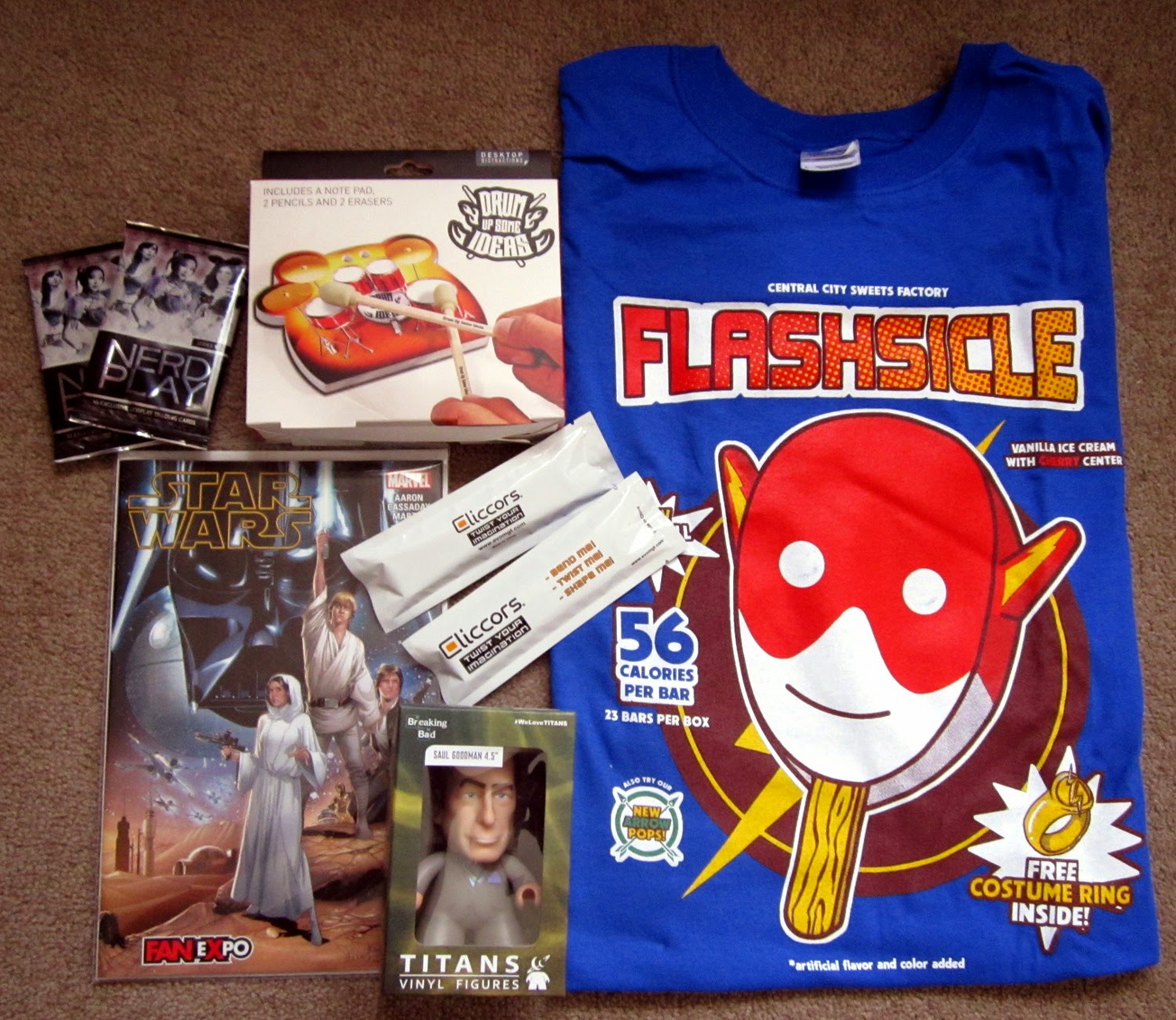 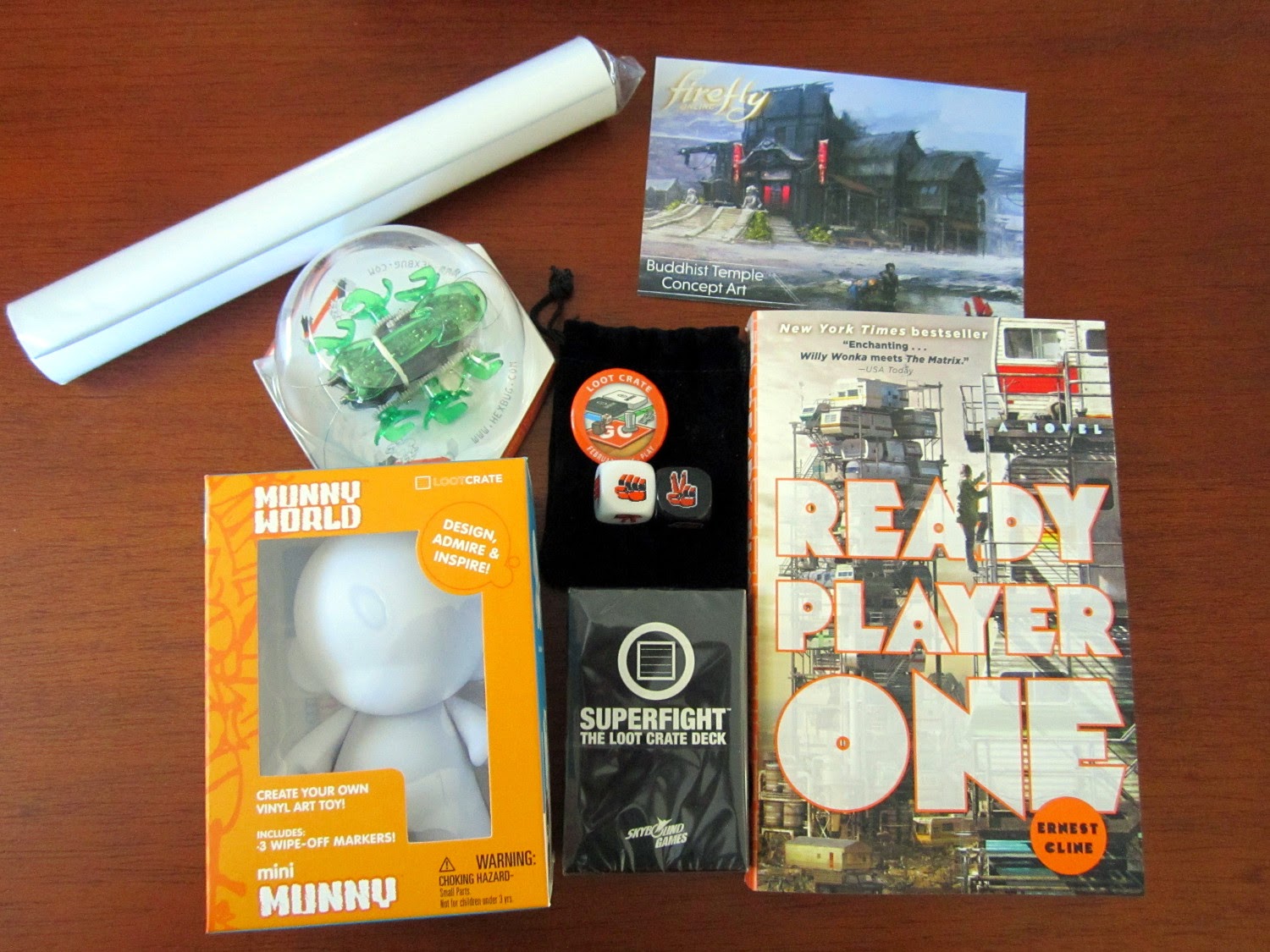 I'm going to start with the Loot Crate this time; I squeed a little bit when I opened this one. Seriously, a grown-ass man, ecstatic with glee. I've wanted a Hexbug, the dice are awesome (the box acts as a game too,) and the firefly digital item is cool. I had never considered a DIY figure before but after a mate sent me a request for doing a custom one (he got a crate too this month) I had a quick play and it was really fun.

So, on to Nerd Block. The Saul figure is cool, I've not seen much Breaking Bad though. The Cliccors are ok, but all the stuff I could find online show cars, these are just bracelets. The shirt is just okay, the comic would be great, if I hadn't got the same one in Loot Crate last month (alternate cover and not really Nerd Blocks fault.) The cosplay cards had a lot of potential, if they were done well. The cards are a little cheap and a quick look on Reddit and you will find quite a few people who got two identical packs in their box (randomness is quite important!)

Loot Crate clearly won this month (I Squeed...) but the Nerd Block was okay. With belts needing to be tightened this months array made the decision of which subscription to keep quite easy. I've got quite a few geeky shirts now (some better than others...) so Loot Crate not always having a shirt (and replacing it with cool stuff) tips the scales even further.

I do like Nerd Block, but I think they spread themselves a bit thin with so many different theme options. Their Horror block shirts are generally nicer than any of the others, Classics have some decent collectibles and the Arcade blocks tend to have nice figures. Wrap them all together into one box and I would subscribe for a long time. Drop the bad, keep the good, simple really.

I've still got one more Classic Nerd Block to come, so there will be a final comparison next month.
Nerd Block - March is curated by Simon Pegg.
Loot Crate - March is "Covert" and includes a shirt.
Posted by LavaJohn at 20:57