For Aprils loot review I received a Loot Crate and the new Marvel Collector Corps box. Pricing structures below: 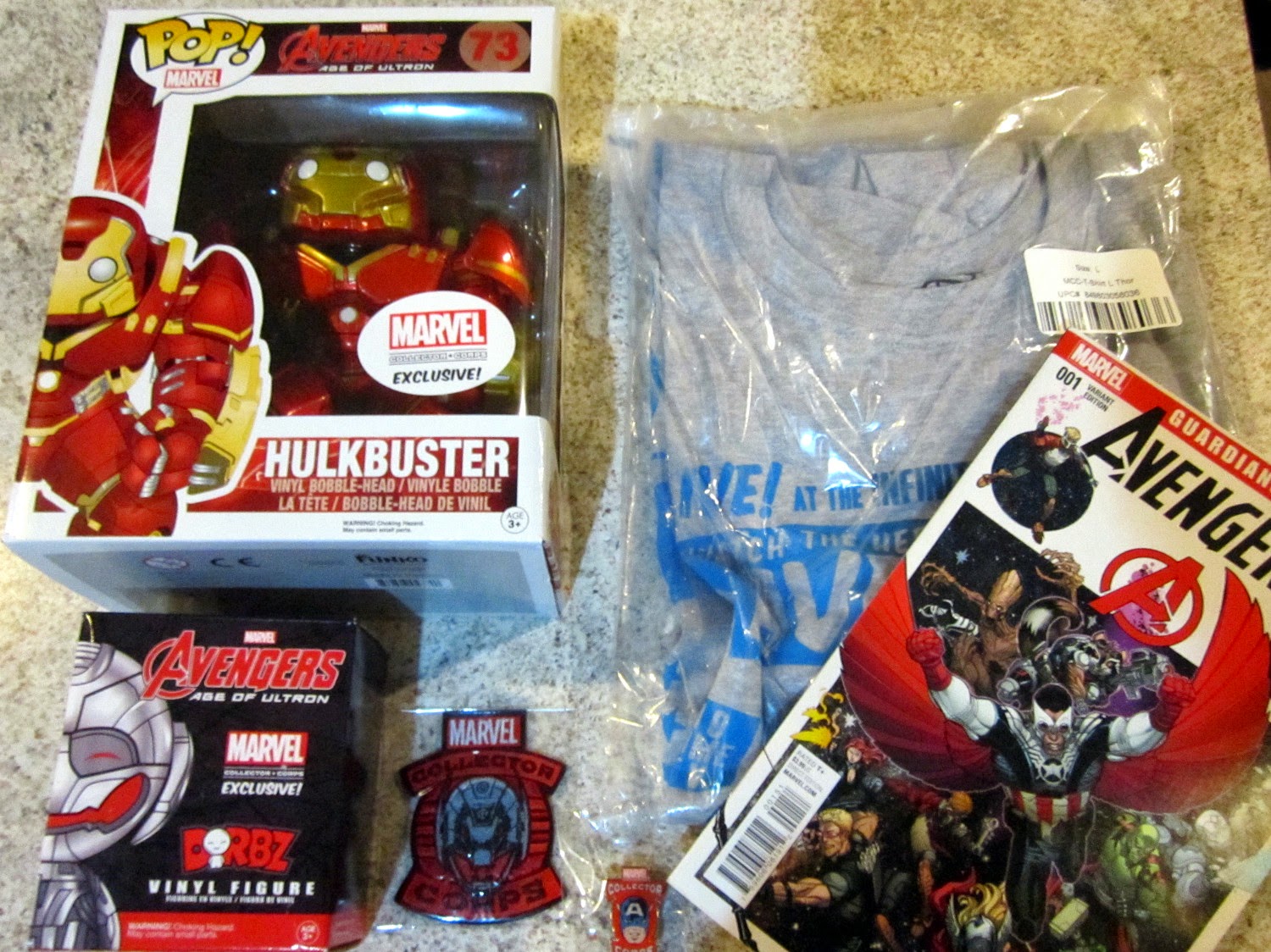 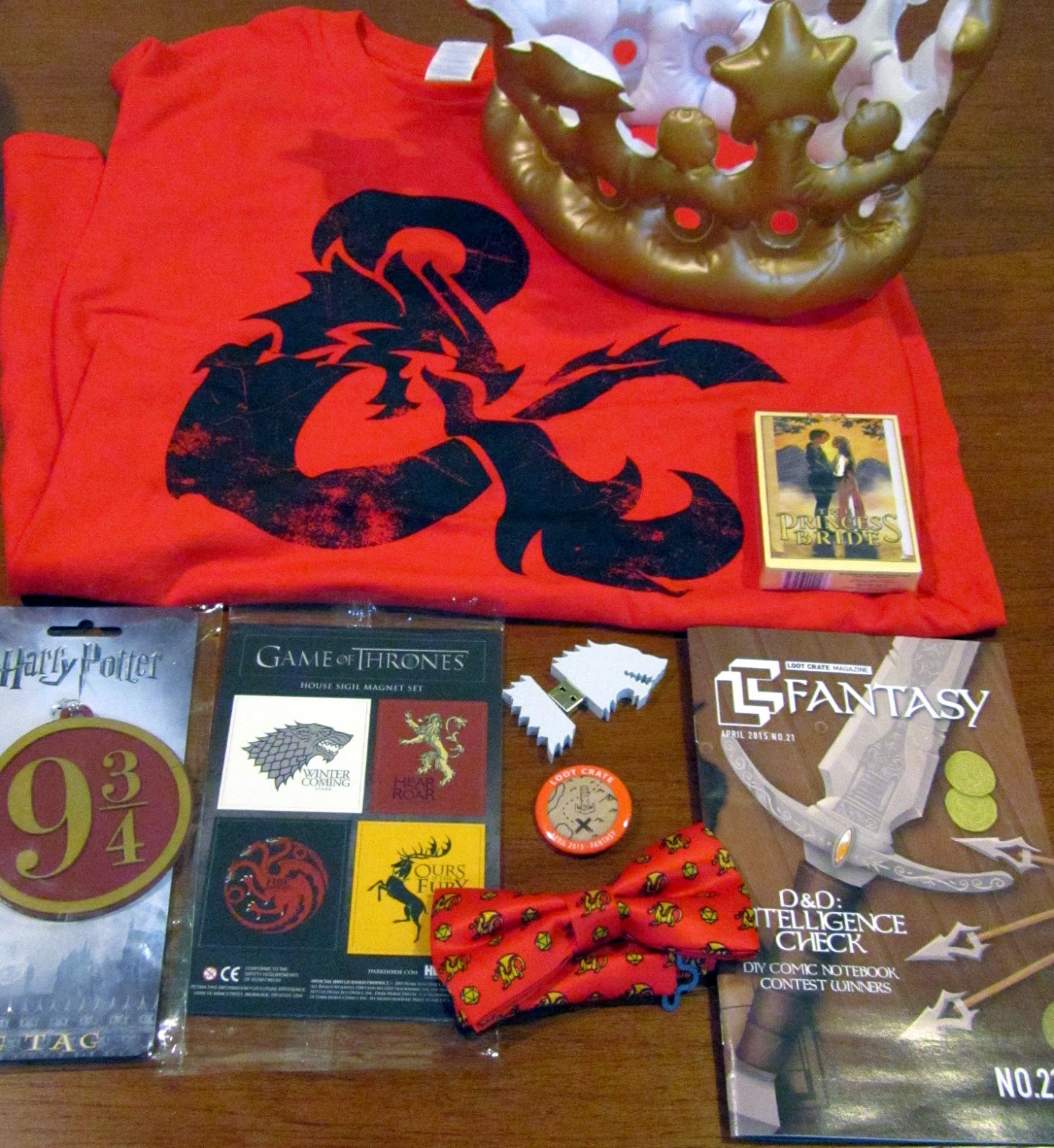 Another good Loot Crate, the USB is particularly cool (shame it is only 4Gb though) and the shirt is nice. I haven't got a bow-tie so may as well have a really geeky one. The wife particularly likes the bag tag and I suspect the crown will go down well with my daughter once she is a little older.

The Collector Corps box definitely came out swinging. There is nothing in the box that I don't like and two figures is a good place to start from. The shirt had 3 other possible variants (each with a different hero) but all had the 'fight night' theme so there aren't any serious issues over one being cooler than the others. There is one gripe though, my Hulkbuster has glue marks in several places and a splotch of blue paint on the front (there isn't even any blue used on this figure...) I've looked through some other comments from people who also got the box and this seems to be rather common. My guess is that things got a bit rushed trying to hit the shipping windows so quality control dropped a bit. I'm still happy though and expect that things will be ironed out for the next box.

I've picked up a sub for the new Comic Block out of Nerd Block so look for a review of that later this month. Or early next month, whatever the case may be!

Loot Crate - May theme is Unite
Collector Corps - June is Ant Man (April is still available right now though!)
Posted by LavaJohn at 17:48