I made a lot of progress this week, focusing on smaller figures will do that! I've been working on my Prussians for Dystopian Wars mostly, as that will give me a nice array of stuff to play with. There are a couple things to tidy up on these, particularly doing turrets and flock but they are otherwise done for now. Photos below: 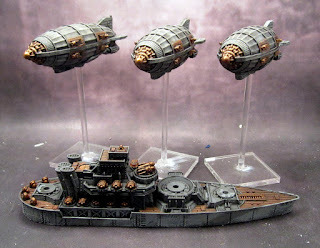 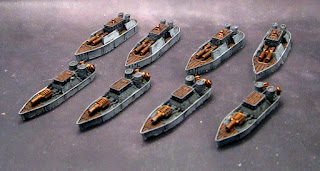 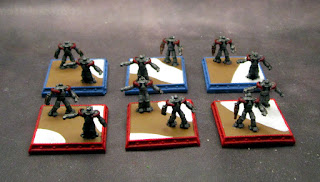 So that is 28 more models complete. On top of those I also finished off some more Mercs and Myth models, 10 more between them.

That all adds up pretty quickly, setting me nicely at 125 for the year, less than a month in... I'm over one third complete. In a couple weeks there is a gamer trade session up in Auckland, I'm hoping to be able to reduce some of my clutter by going to that, but more likely I would be swapping my clutter for someone else's... At least I should be able to reduce the amount of stuff I don't use and get in some stuff that I might use.