This crate is a bit different from the others in that it is a food crate. It was a 'premium' crate and came with 12 different Japanese snacks for $45 USD. The wife and I had looked at this a couple times and were both really keen to try it out, just once. 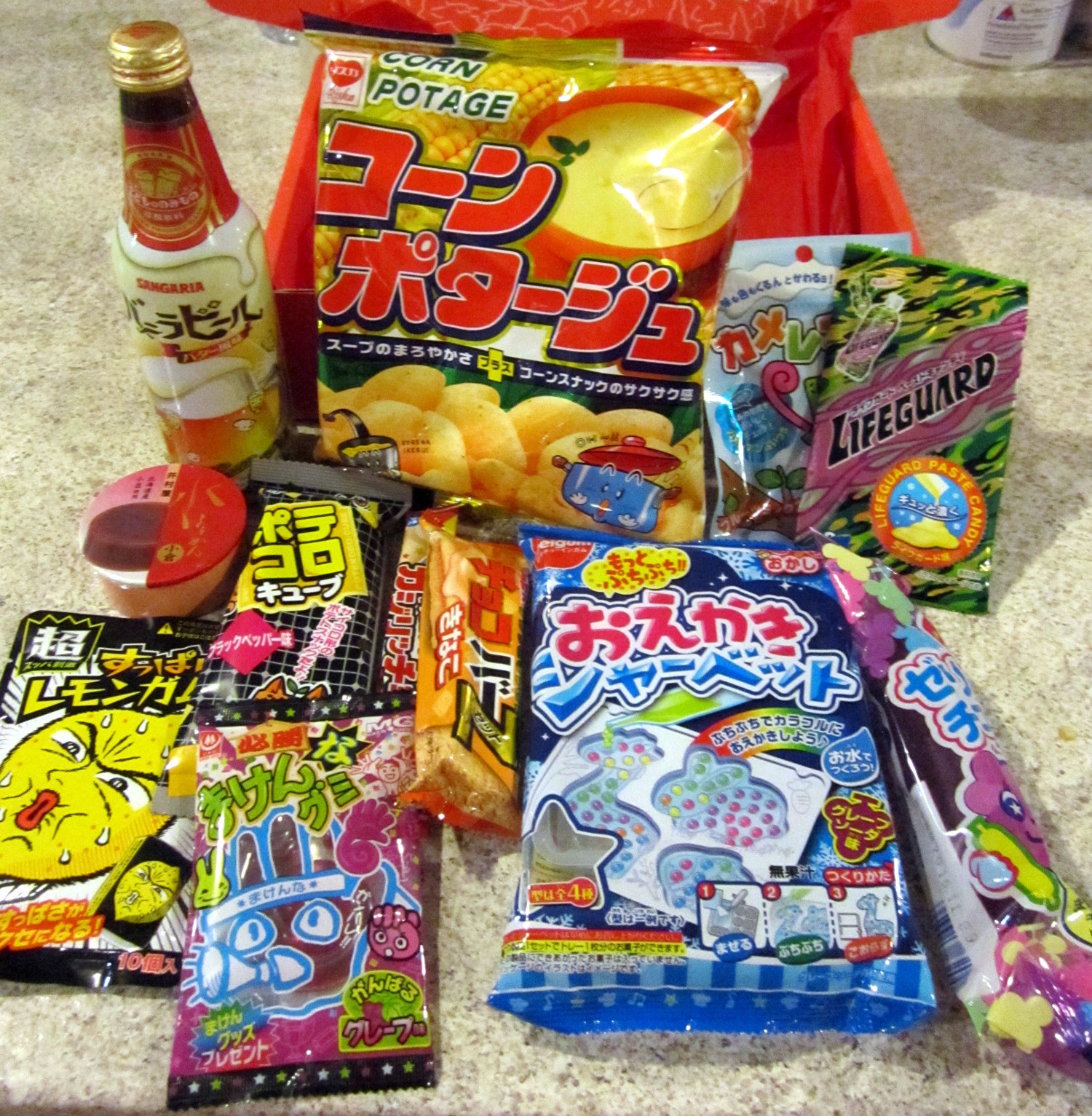 
There were some very nice snacks in this crate but not many were 'out there' like we were expecting. Better than american candy but not too dissimilar than our own. Only one we didn't like which wasn't too bad. Overall we were pretty happy with this crate. Definitely worth a try if you are curious but this isn't an awesome value deal, equivalent local items would cost you around $2-3 each, these cost on average $6 each. I will definitely be having a look at the local Asian supermarkets though to see what they have available!
Posted by LavaJohn at 22:03