Here we are at week two of my efforts to build and paint a 1500 point KOW army in eight weeks. This week I assembled another 30 spearmen and rebuilt my dragon. Painting-wise I have finished another 24 elves, mostly more spearmen. This brings me to a total of 66 painted elves with a further 56 assembled and undercoated. I have another 20 or so spearmen left before I get into the more time consuming models, the cavalry and bolt throwers. There doesn't seem to be any movement on my extra scouts from Mantic, so I may have to adjust my list. I will hopefully get my two drakons this week which could be suitable replacements. I have an idea on what I will do for the multi-bases, I just need the appropriate materials and a pair of horde sized bases... 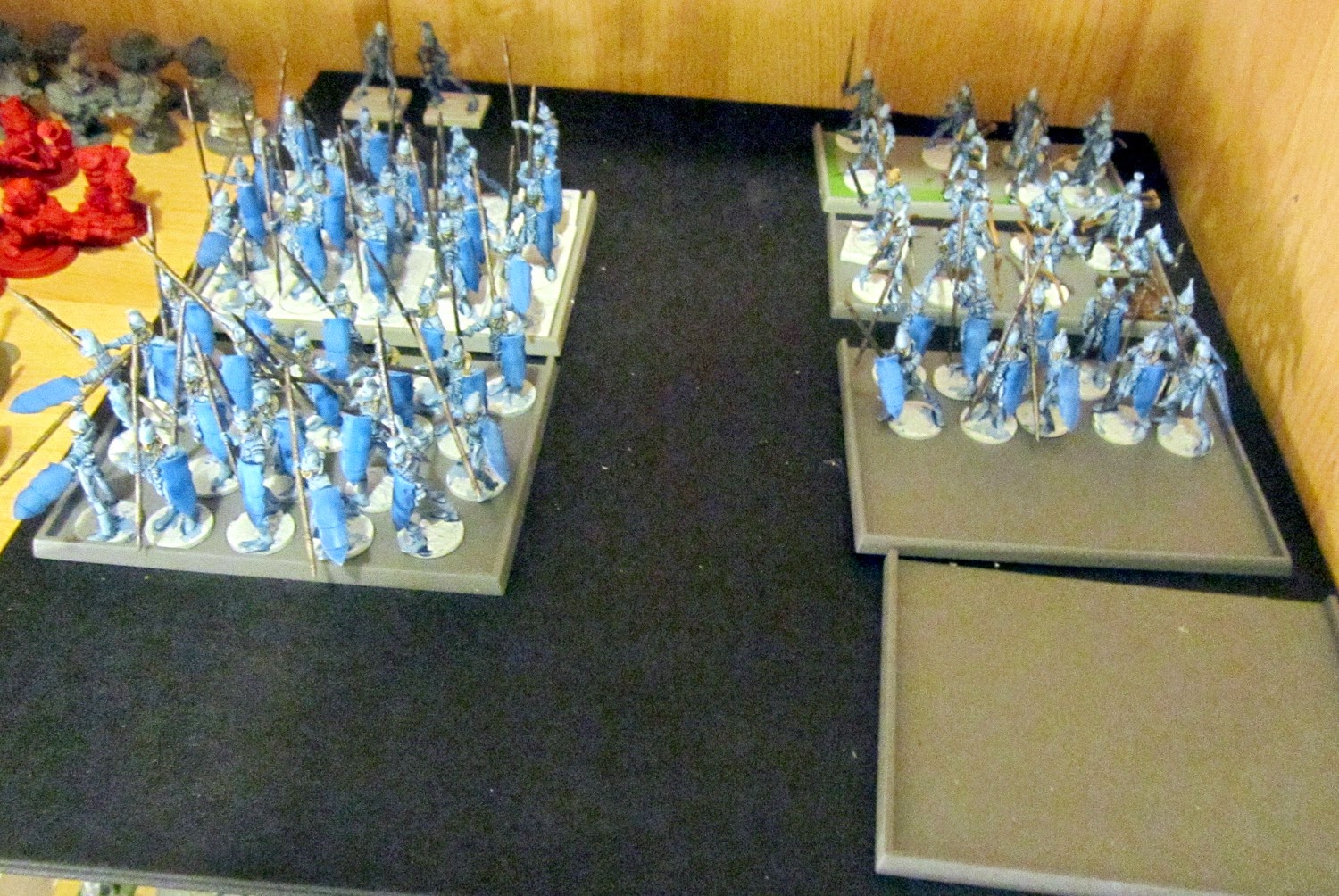 I also found some time to finish off the second Morat prototype, I kind of like this scheme but will do another test model before making up my mind. I have some blasted earth bases that I will do the Morats in once the colour scheme has been narrowed down. 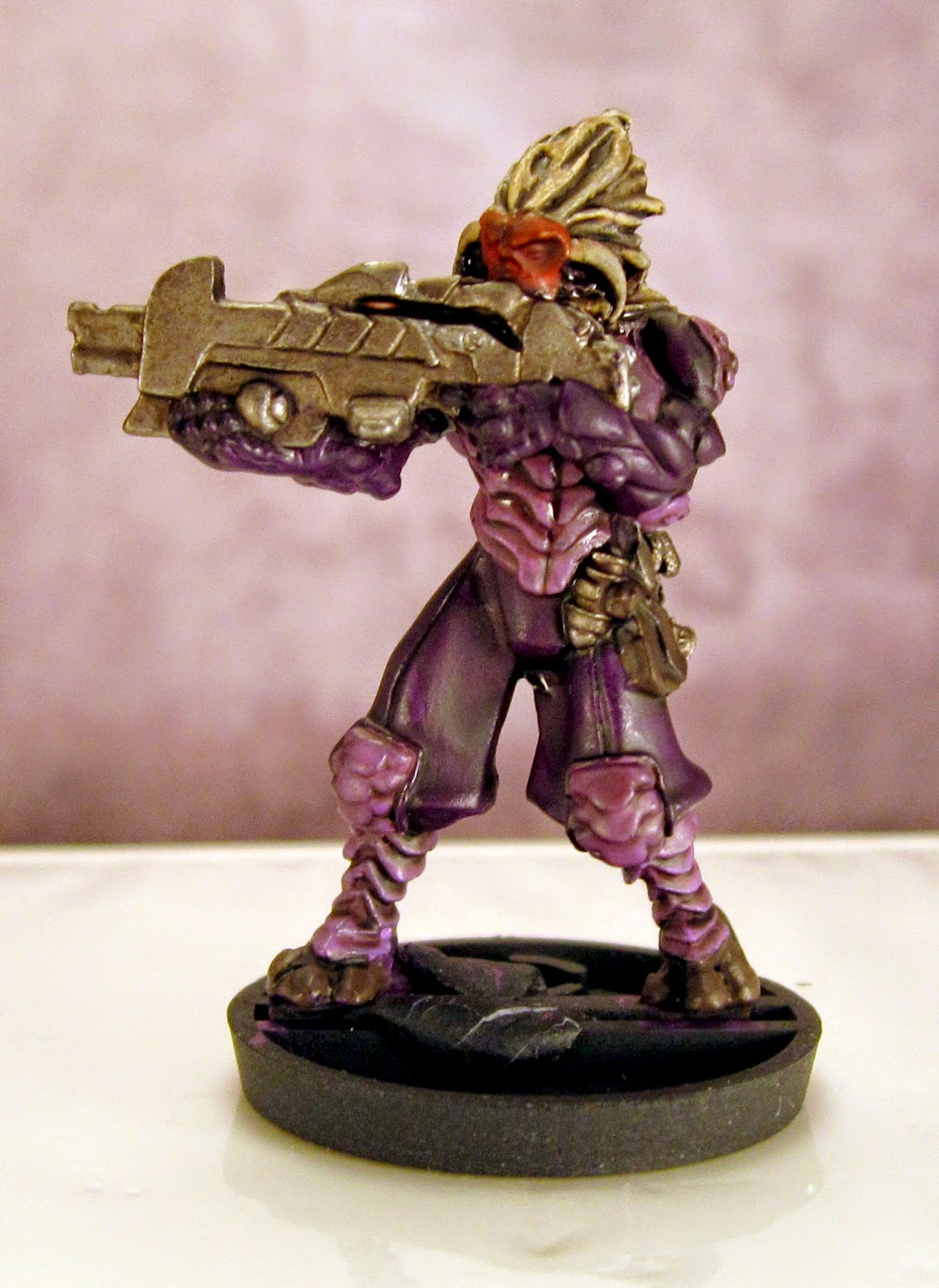 So I didn't make as much progress this week as I would have liked but I am still relatively on track for completing my Elf army for the tournament. I can always take one of the pricier characters in order to pad things out if it comes to it. As for my other goals I may be able to find some time to finish them off while working on the elves. No guarantees though!

Day 236
176/236 Painted/Days passed
176/116 Painted/Bought
Goals:
Build a permanent gaming table.
Build a Kings of War army for playing with.
Complete my entry for the terrain competition.
Build and paint a set of Deadzone battle groups.
Build and paint a full Malifaux crew.
Finish all of the Dreadball teams and MVPs.
Finish painting an Infinity group.
Make some headway on my Warpath fluff.
Posted by LavaJohn at 22:23