So there is quite a bit to cover this week. I have the individual team shots of last weeks Dreadball progress and the 40 new ones I finished up this week. I also have a mad little project to cover... Anyway, on to the pictures!


So that effort leaves me with three giants, one MVP to do via the dip method (the ones that had their paint melt last week,) a human team (able to do both kinds) and a robots team being done properly. This is a much more reasonable point to try and finish the Dreadball goal from.

In other news there is a KOW tournament, mid October in Auckland that KnightWolf and I are thinking of attending. It is a 1500 point event, which of course neither of us have enough assembled to even get close to playing. So I/we can either a) borrow one of the spare armies available or b) try and get ~1500 point of KOW models assembled and painted in just two months. So of course the only sensible option is b!

Rather than just blindly start throwing stuff together I did a little maths. The obvious starting point would be my 600 points of Abyssal Dwarves that were already assembled. I drafted up a list from what I had available and ended up needing 50 more models built. Not too bad, until I realised that about 40 of those were Mantics plastic resin, which from experience takes about an hour to trim and assemble just one large or complicated model. This would take too long, not to mention the colour scheme, archive photo below. 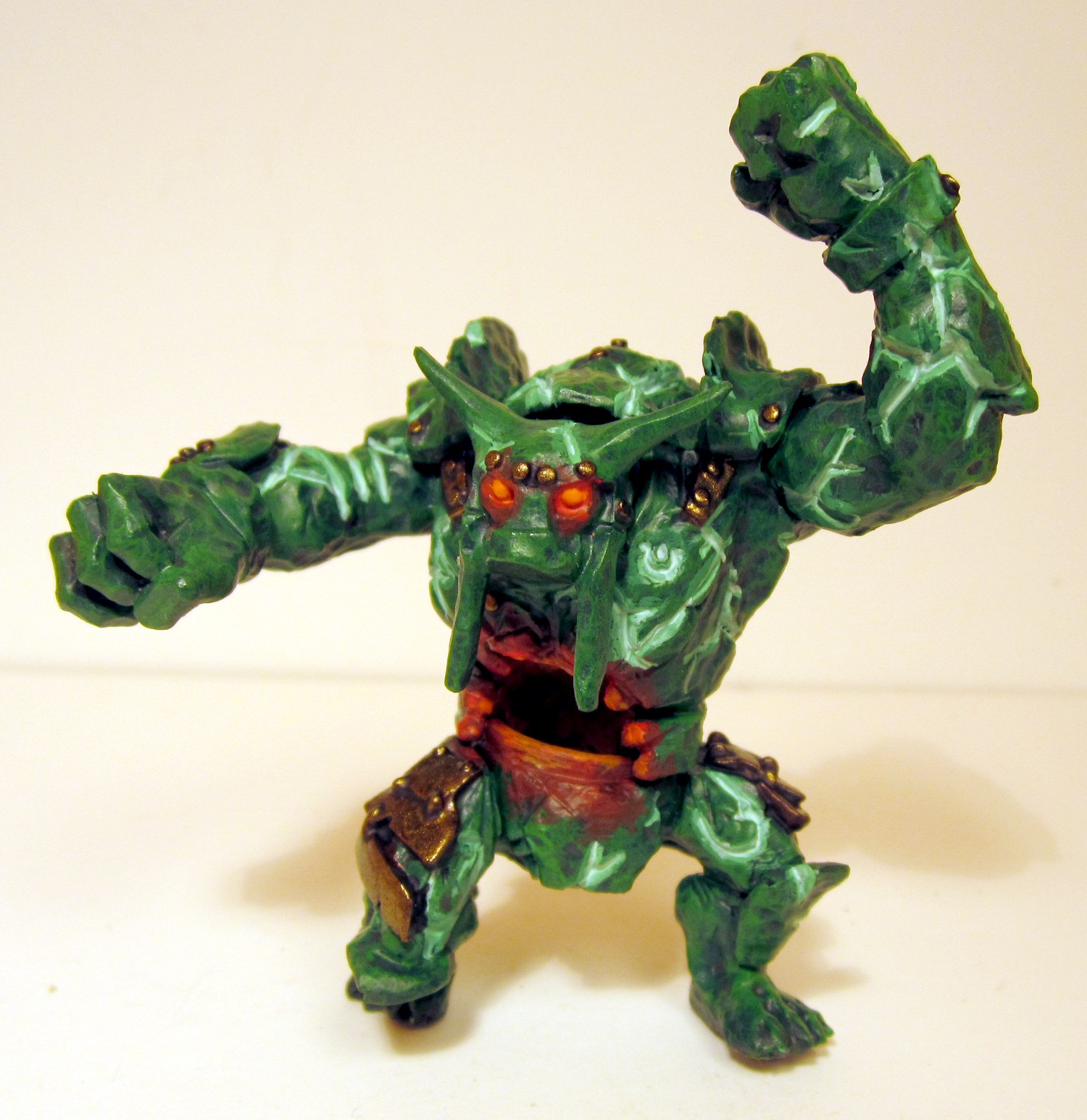 So instead, for a laugh, I worked out an elf list, seeing as I had quite a few and that they are plastic (not plastic resin.) It worked out that I needed about 200 of my elves to make a 1500 point list. Which is even less possible, surely? Well... As it turns out (I tested this) I can trim and assemble about 10 elves in an hour.  So in a working week I can get 1/4 of my elf army built, the next challenge is the paint job. After a bit of thinking I came up with this: 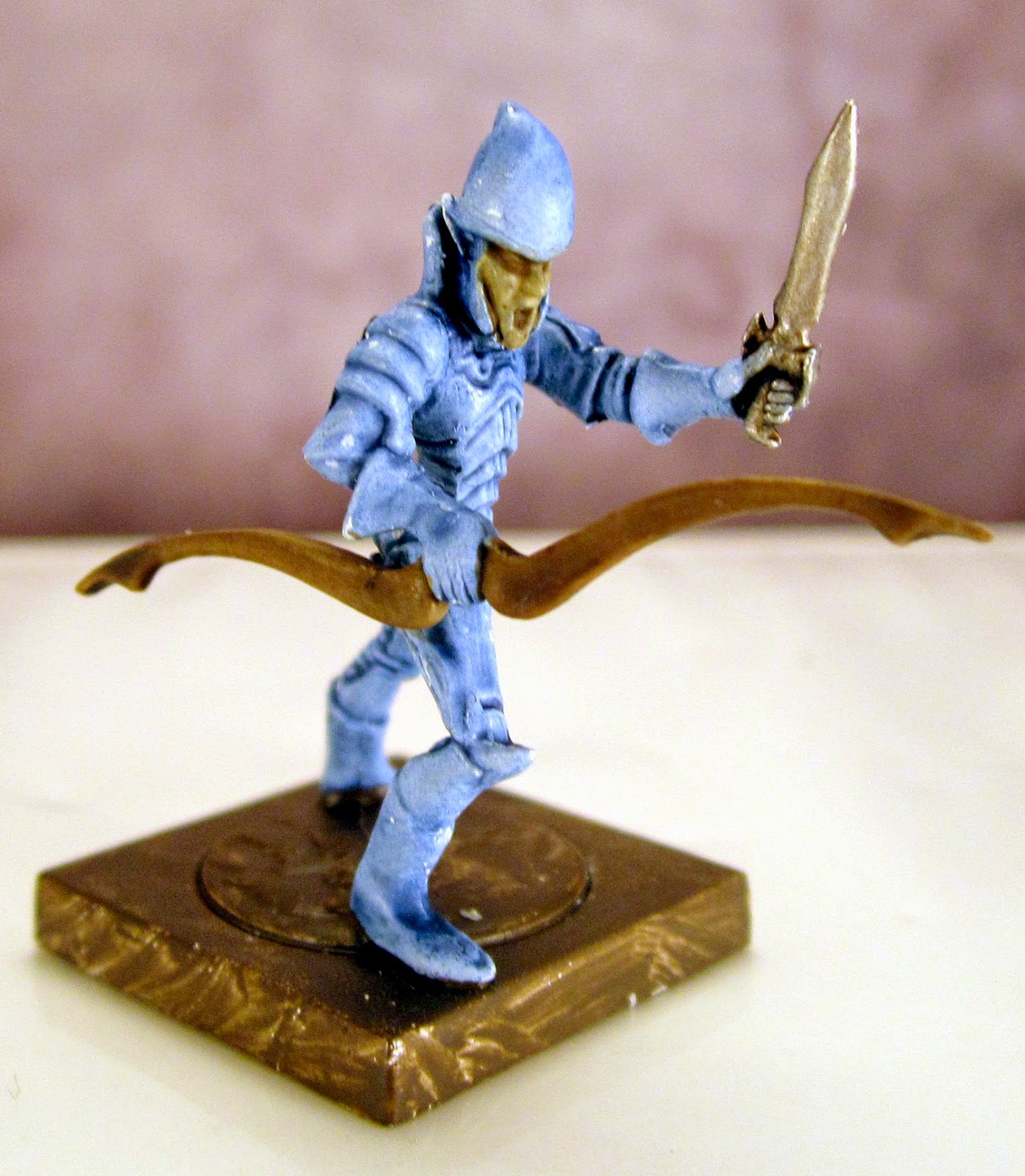 Now it may not be pretty, but it is quick. This was done with just a white undercoat, two paint colours and three wash colours. With how simple this paint scheme is I think I can batch paint a weeks worth of models in just a few hours. From there it will just be getting them on a set of multi bases and doing the details on those. There are some advantages other than just speed with this. The paint scheme is easy to touch up, I can improve things when I have more time like adding detail colours or highlights. The other advantage of this is that when unit based I only have to focus on the models on the edges, the middle ones should have enough colour to conceal the lower paint jobs. I'm also pretty keen on having another 200 models done!

So that was a lot of talk, how about some results? Here is what I have got done so far on the elves. I'm just waiting on some pinning gear to get the wings back on my dragon...

Day 222
109/222 Painted/Days passed
109/114 Painted/Bought
Goals:
Build a permanent gaming table.
Build a Kings of War army for playing with.
Complete my entry for the terrain competition.
Build and paint a set of Deadzone battle groups.
Build and paint a full Malifaux crew.
Finish all of the Dreadball teams and MVPs.
Finish painting an Infinity group.
Make some headway on my Warpath fluff.
Posted by LavaJohn at 21:58