I'm now one week in to trying to build and paint a 1500 point KOW army in eight weeks. This week I managed to assemble 40 more elf spearmen and get them undercoated. I also managed to completely paint 42 of the elves that were already assembled. There are 3 more that are almost done, they are command models that need additional attention. The photos below show the painted models so far and close-ups on two of the completed units. 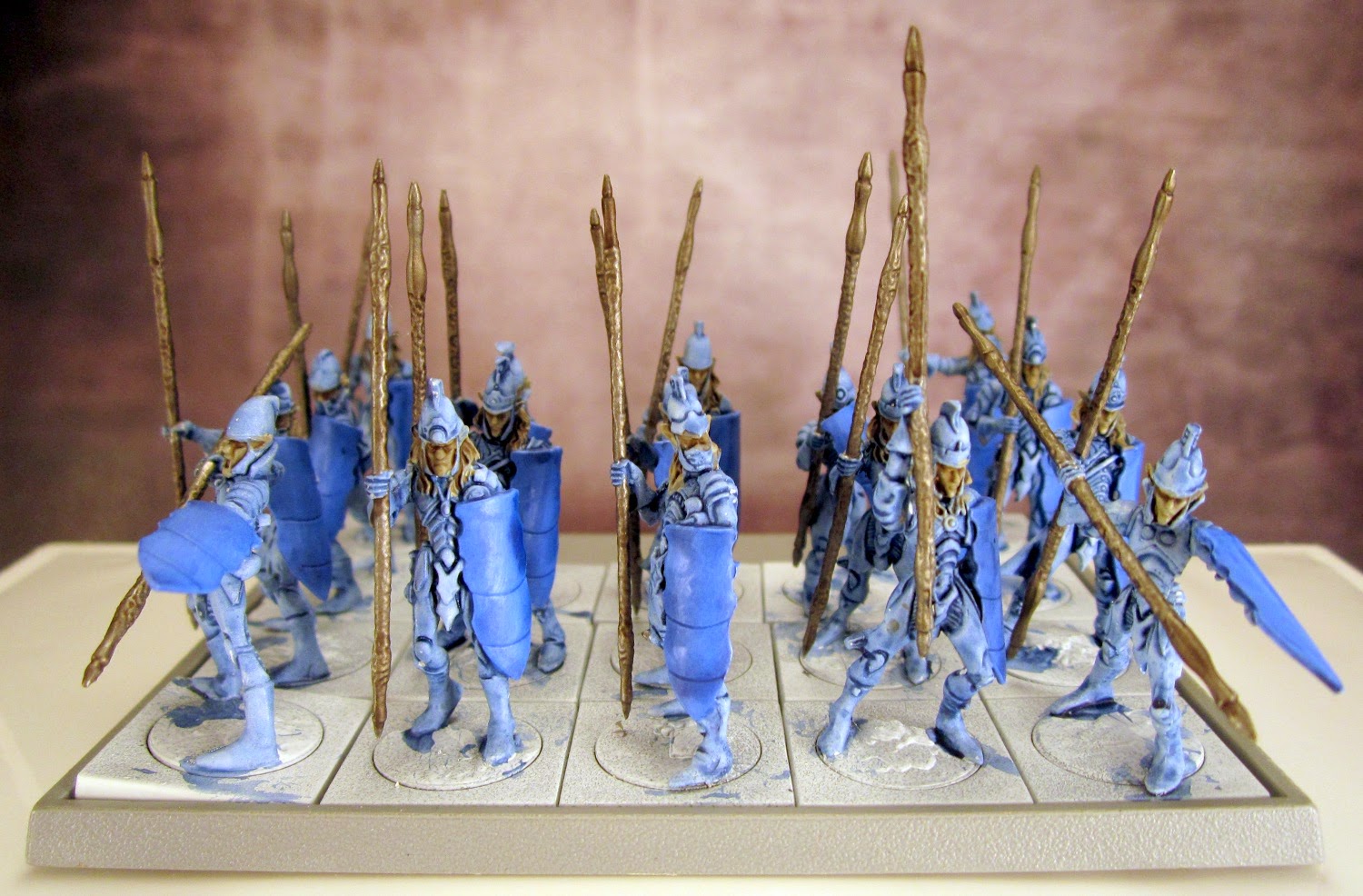 So if everything goes to plan I will keep up the current pace. This should mean that each week I will have 40-50 models waiting for undercoat while I paint up the 40 ish from the previous week. This will fall over in about two weeks time, when I start doing the more complicated cavalry models. I expect that they will take more time to build and paint (as they are plastic resin) but I only need 10 of them. I am also waiting for some models to be shipped to me, so I may have to adjust my army list to compensate. If I have time (or will) I may be able to do the leftover models once the army is done, leaving me with a fully painted set of KOW models, which would be pretty awesome.

I have also worked a little bit on my Combined Army Infinity test models and I have finished the first one. I'm not convinced that I will use this colour scheme, I need to see how the other ones come out first. I am working on a purple based one and need to decide on another base colour for the last test model. It is a little rough around the edges but it conveys the general feeling of what I was aiming for. There will be some time between the next ones getting done, considering my primary project but I am still working on my goals in the background. I even have a test model under way for my DZC Scourge...

Day 229
152/229 Painted/Days passed
152/116 Painted/Bought
Goals:
Build a permanent gaming table.
Build a Kings of War army for playing with.
Complete my entry for the terrain competition.
Build and paint a set of Deadzone battle groups.
Build and paint a full Malifaux crew.
Finish all of the Dreadball teams and MVPs.
Finish painting an Infinity group.
Make some headway on my Warpath fluff.
Posted by LavaJohn at 21:30