The October Marvel Collector Corps crate theme was "Villains" and cost $45 USD, or about $70 NZD. This crate had a lot to live up to after the last one, lets see what we got. 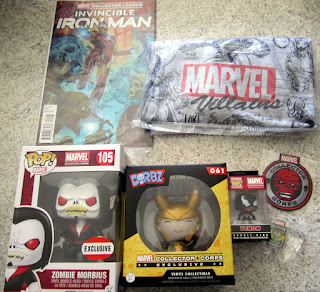 The shirt isn't too bad but is lacking colour. It is still a high quality shirt though and the grey is a nice change from the more common black ones from other boxes. 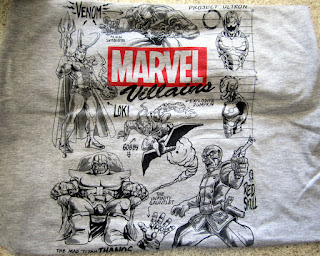 The comic is another variant cover. It seems like they were going with a Halloween theme a bit with this box as the cover incorporates zombie villains. The pin is of Green Goblin and the patch has Red Skull. 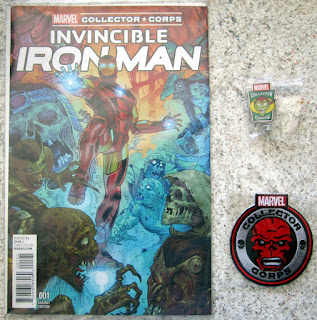 The figures on offer this time are a Morbius Pop, Loki Dorbz and Venom keychain. This is a pretty solid haul, 3 figures is pretty much what I want out of every box. The Loki and Venom are pretty cool, Morbius is a pretty odd choice though which points more strongly to the Halloween theme. Morbius is also the random drop in this box, he comes in zombie and normal forms. 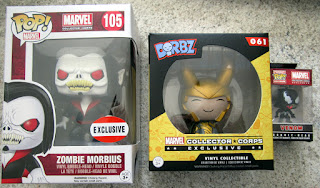 I've spoken to a couple other people and the vibe around this box wasn't great. Some videos online say the same thing. I think this is definitely down to the Morbius Pop. If either of the pin or patch characters were swapped with Morbius I think people would have been much happier. As I said above, 3 figures is awesome, so I'm pretty happy anyway.

The next theme is "Guardians of the Galaxy" which is awesome...

If you want your own you can subscribe here.
Posted by LavaJohn at 23:17