Another slow fortnight, I just wasn't really in the mood or able to get much done. I did have a great time up at TCOW last Sunday though. Learned a lot more about playing DZC and have a better understanding of the game now. I did manage to paint up 4 new Scourge models in the last week though, pictures below.

Aside from that I did get my new shiny toy, a 3D printer! Its not very big or terribly flashy but I have been having fun tracking down 3D models I want to print, including the classic companion cube from the Portal series. Pictures below. 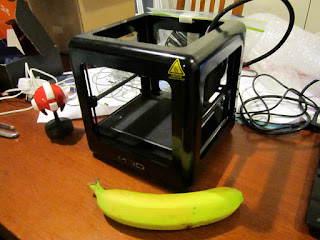 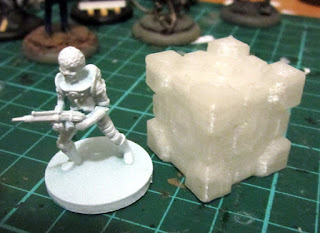 So the printer is quite tiny and works best with PLA. This limits some things but so far looks to be working well. The first cube came out pretty well I think and took about 90 minutes, I will give it a paint up in the next week or so, I am cautiously optimistic that it could be used on a gaming table quite easily. I've got another on the printer as I type. The printer has so far set me back $820, almost half of that was shipping and taxes. After meeting a guy who sells 3D printers at Auckland Armageddon I now know I could have had a less experimental model for about the same price, 6 months earlier. But now I know. At least I should be able to use him as a supplier for filament.

I've also managed to sell some of my Relic Knights, as a nice little bonus.