Another slightly late monthly loot review, this time March. I received a Loot Crate and Classic Nerd Block this time. Here are the costs: 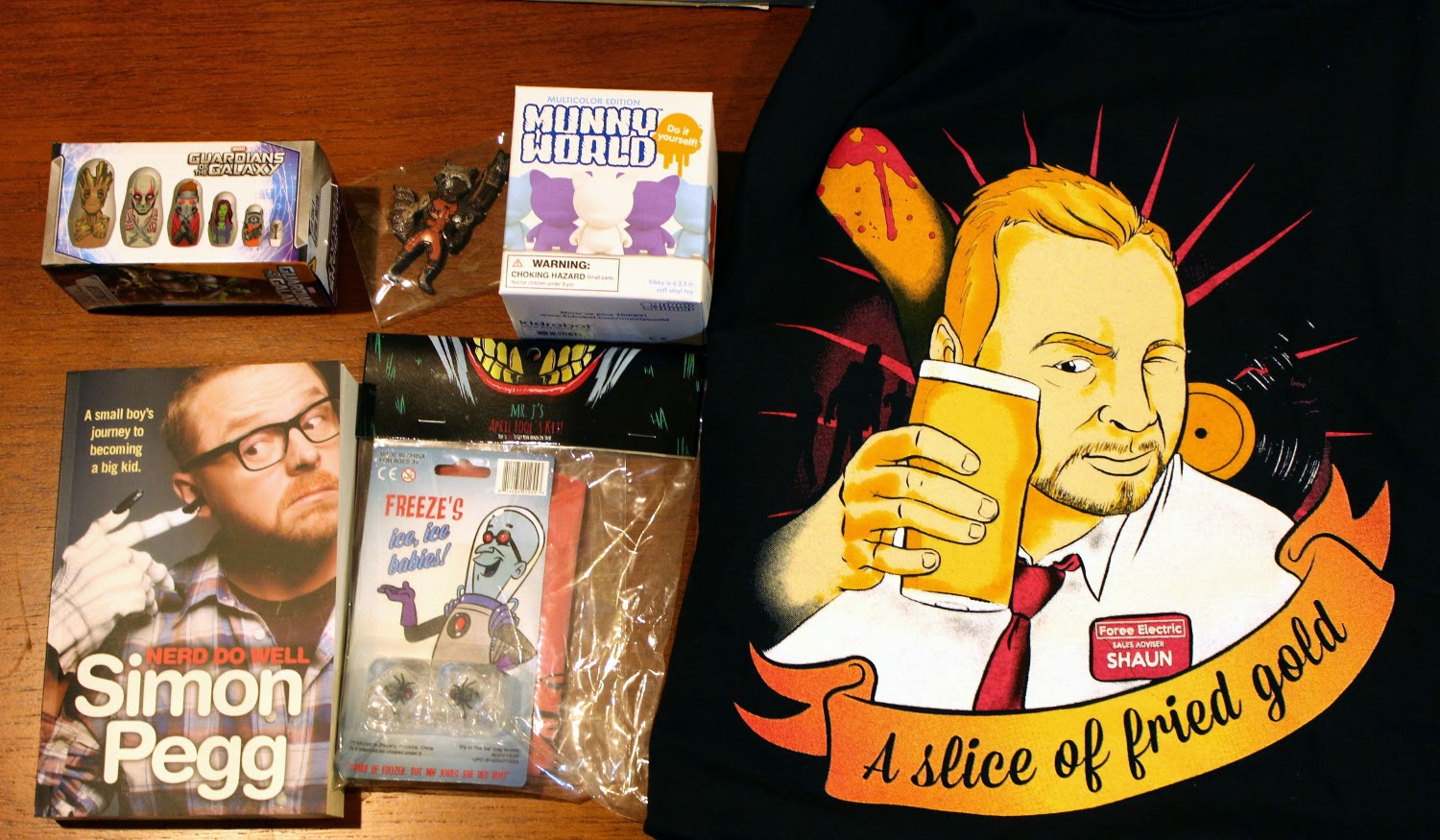 The shirt is from Shaun of the Dead, a Simon Pegg book, Guardians stacking toy and magnet, Munny blank figure and a prank pack with ice flies and whoopie cushion. 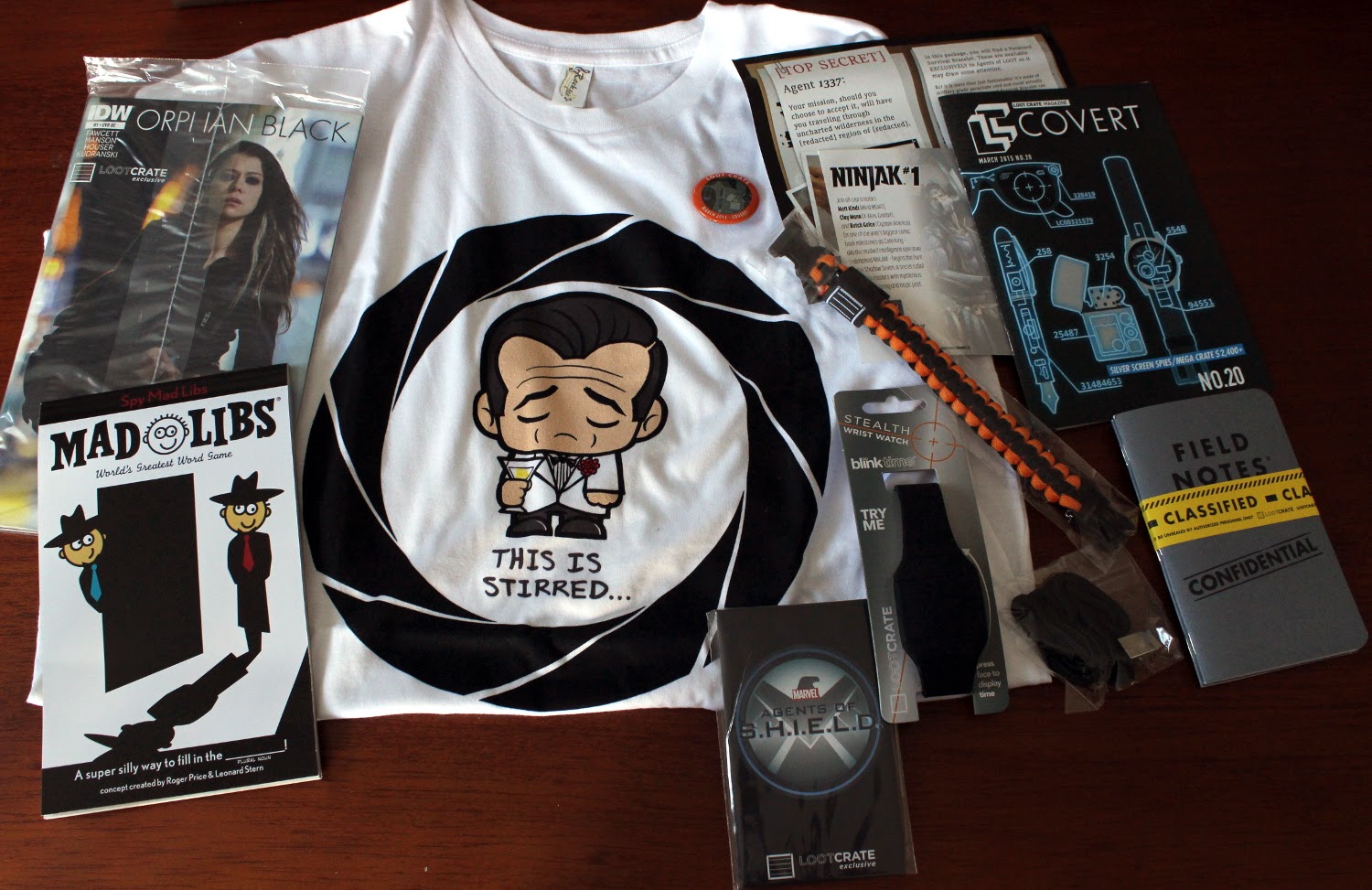 The Nerd block contents are okay this month, the shirt is nice enough and I'm not about to say no to another DIY figure. The Guardians stuff is a little low quality though and while I understand the prank gifts tying in with April 1st they are a little bit lame. I'm not likely to read the book any time soon, I'm not one for biographies. It is nice they are doing books more now, but I pick books that I want to read more than I read what others recommend to me, so it probably doesn't suit me very well.

Loot crate has done pretty well again this month. Not pictured above is the box, made to look like a computer console, which provides a web address and clue to a mini-game, involving cryptic questions about items in the box. The completion of the tasks gets you a bonus item in next months crate. A cool idea, I should find out what the bonus item is in the next of couple weeks... The shirt is nice (I wore it last week already) and the paracord bracelet is pretty nifty (it comes with instructions on how to use it for several emergency and survival tasks) and the lanyard is actually very cool if you follow 'Agents of Shield.' The watch is cool as it only displays the time when you touch the front face, otherwise it is black all the time. The Ninjak comic wasn't bad but the Orphan black comic was a bit hard to follow. The notepads are okay and mad libs aren't really my thing.

I really think that the last couple months have really shown the differences between Loot Crate and Nerd Block. Loot Crate is cheaper, contains more and the items are generally of a higher quality. That is just my opinion, obviously, but they seem to have the process fairly well in hand at this stage. The addition of digital items obviously lets them get more value into the box without upping the weight or materials costs so you can get more. The licensed products also tend to be better too. Good job Loot Crate, I'm sticking with you guys a while longer.

I've got the new Marvel crate coming soon in place of Nerd Block, at least until I decide if it is worth the cost (its about $60 every 2 months...)