Woo! The Elves are done! What I need to use for the tournament anyway. They are all on movement trays and the trays have been given a cursory coat of paint and some flocking. This was all done for Sunday last week but I came down with a rather bad stomach bug and by the time I was well enough to post it was worth waiting for the weekend. Speaking of, this post is a day early because I am at the Auckland Armageddon Comic Expo for the next two days. This will be my first trip to this event (I've been to the last two smaller local ones) so it will be interesting to see how it fares.

So I finished up 4 cavalry and 2 drakons in order to finish up the elves. Their photos are below, followed by a couple of group shots with everybody based. 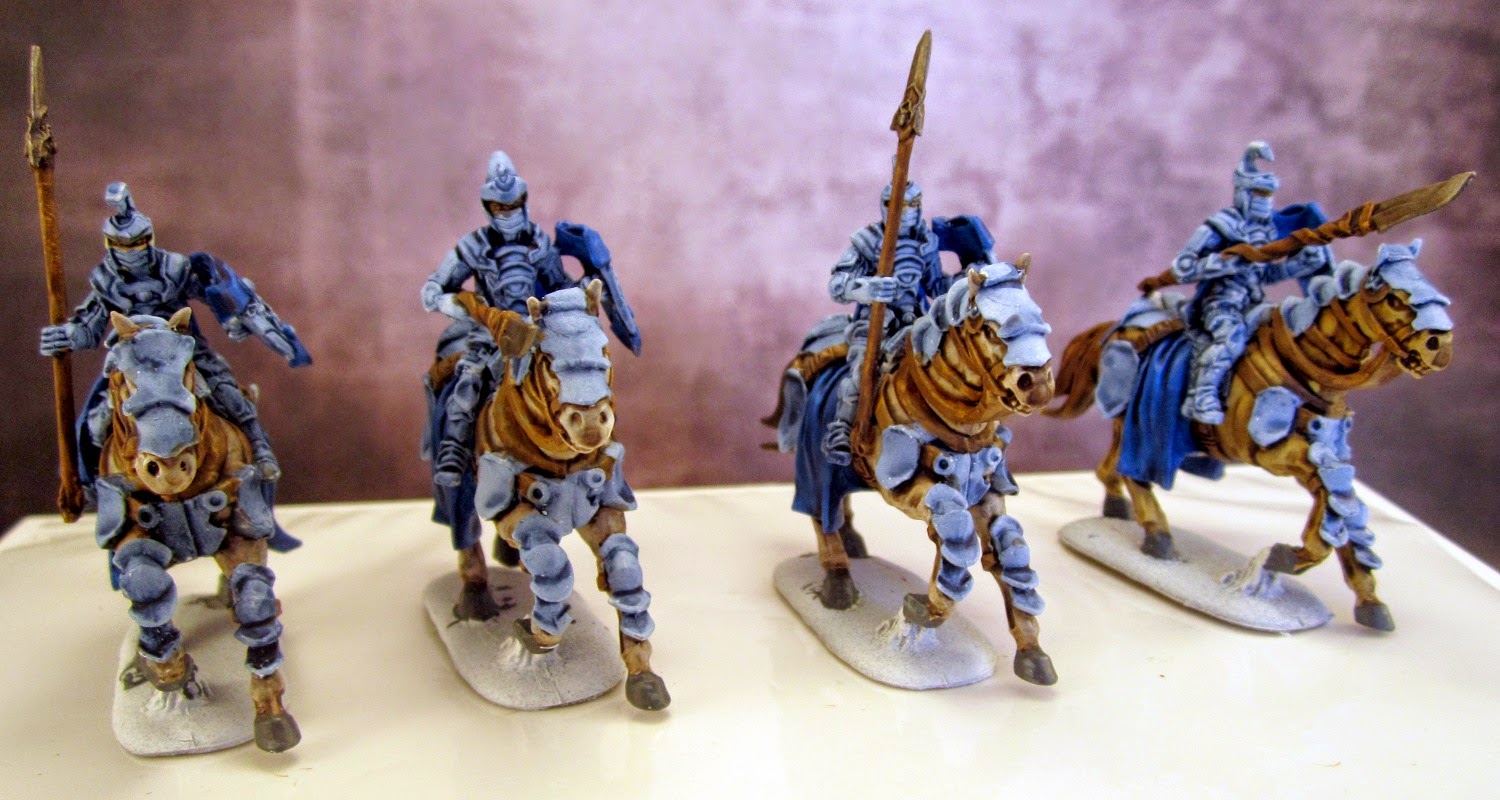 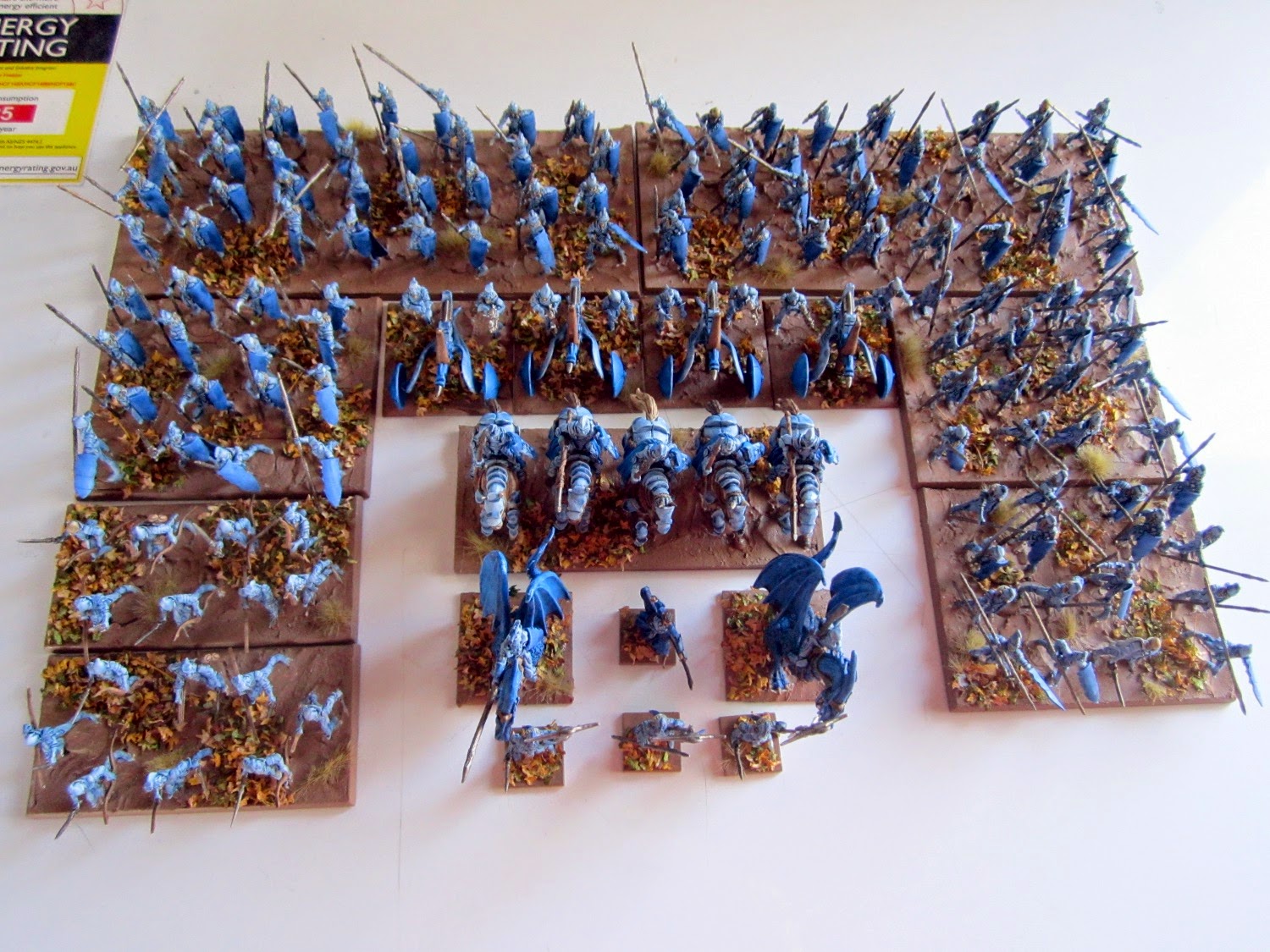 I managed another game with the elves last week, playing 1100 points. It was another good learning experience as I found out how hardy the Basilean knight horde is! They rather casually chewed through an entire flank and my back line while the rest of my forces dealt with the bulk of the Basileans. In the end I won, but it was very close early on. With these guys all done I can get back to my main goals, the Combined Army models got a base coat of purple (except the last guy I have to assemble...) in preparation for working on them next. I want to do a proper paint job on my skirmish stuff after all those elves. This will likely mean that I wont finish all my goals this year but I think I can live with that.

The first lot of my Mars Attacks stuff arrived this week, which is exciting. I look forward to playing through the scenarios and learning the game so that when my bucket of Martian goodies arrive I can try out the mass battles version. Once I find the time that is, at least they are all pre assembled which saves me some effort!

Fairly soon I need to decide on what projects I will focus on for next year. Painting more than I buy has been difficult to track, what with kickstarters arriving late or generally forgetting what I have added to the totals each week. It does look like I can get through 365 models in a year still, even with my decreased painting time, as long as I am happy to sacrifice overall painting quality. Something I would really like to achieve is having a full faction (of what I currently own) complete for every game system that I own. This may be a bit ambitious for some things and may be a target for a couple of years work.

Day 298
279/298 Painted/Days passed
279/414 Painted/Bought
Goals:
Build a permanent gaming table.
Build a Kings of War army for playing with.
Complete my entry for the terrain competition.
Build and paint a set of Deadzone battle groups.
Build and paint a full Malifaux crew.
Finish all of the Dreadball teams and MVPs.
Finish painting an Infinity group.
Make some headway on my Warpath fluff.
Posted by LavaJohn at 15:22