The title says it all really... Between waiting for parts and general laziness I haven't made any further progress on my Infinity terrain. When my weekend gaming got cancelled I decided to give my Deadzone terrain a quick spray paint to move it all along. The photos are a bit washed out unfortunately as the lighting was pretty bad... Basically I gave them a light blue base coat followed by a dusting of black spray. They look reasonably worn as a result, next I will sponge on some browns to up the wear-and-tear. 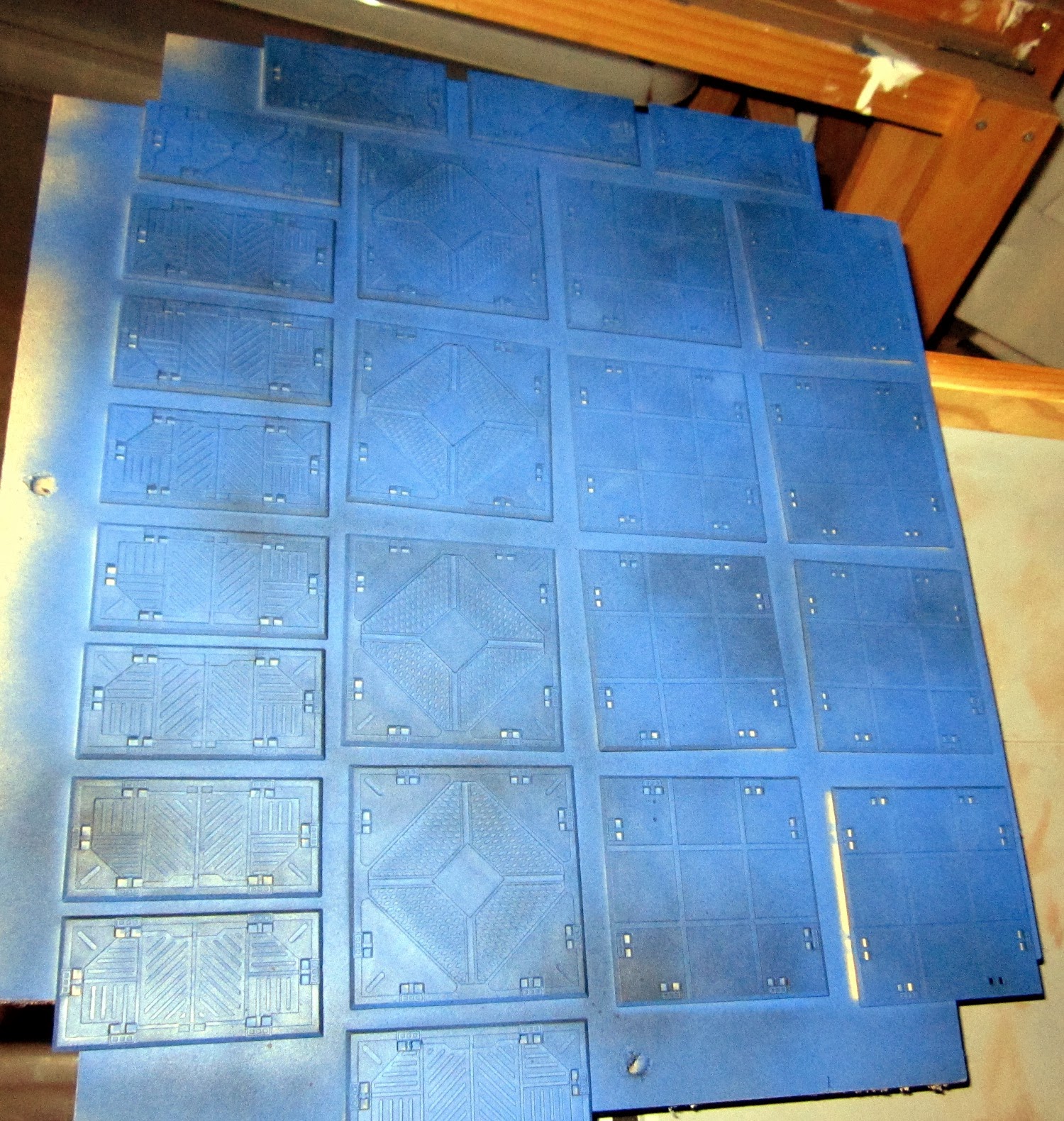 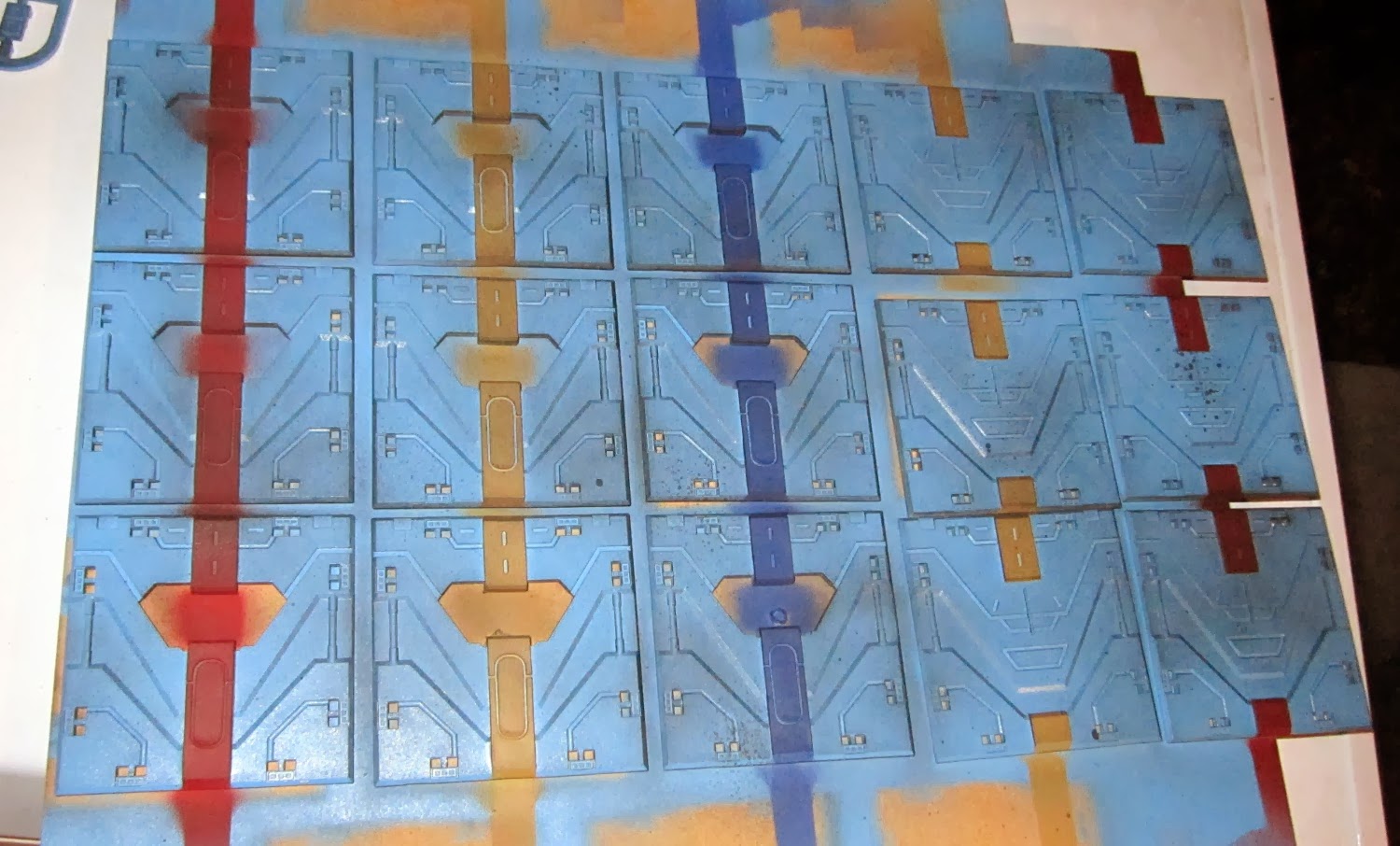 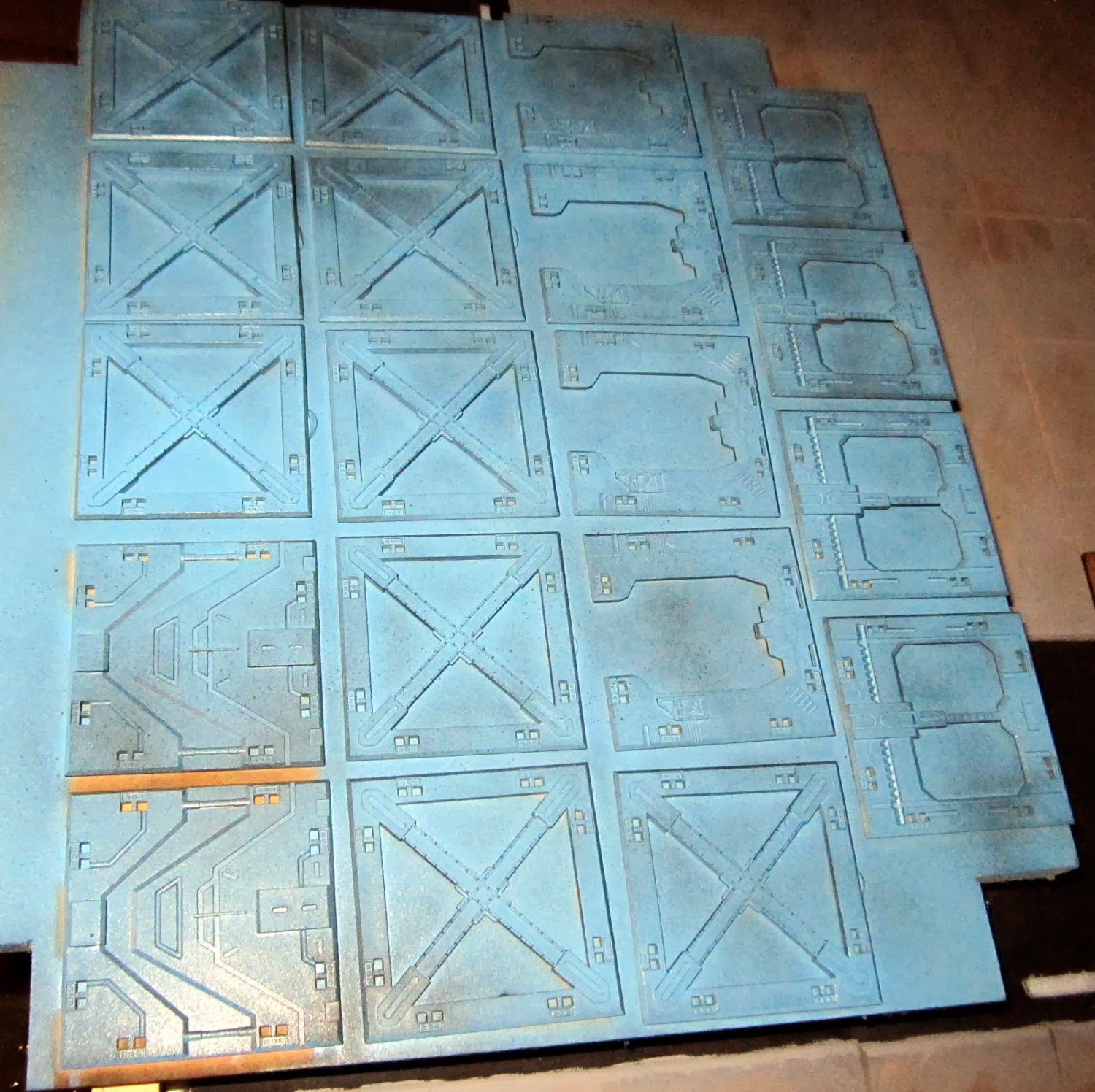 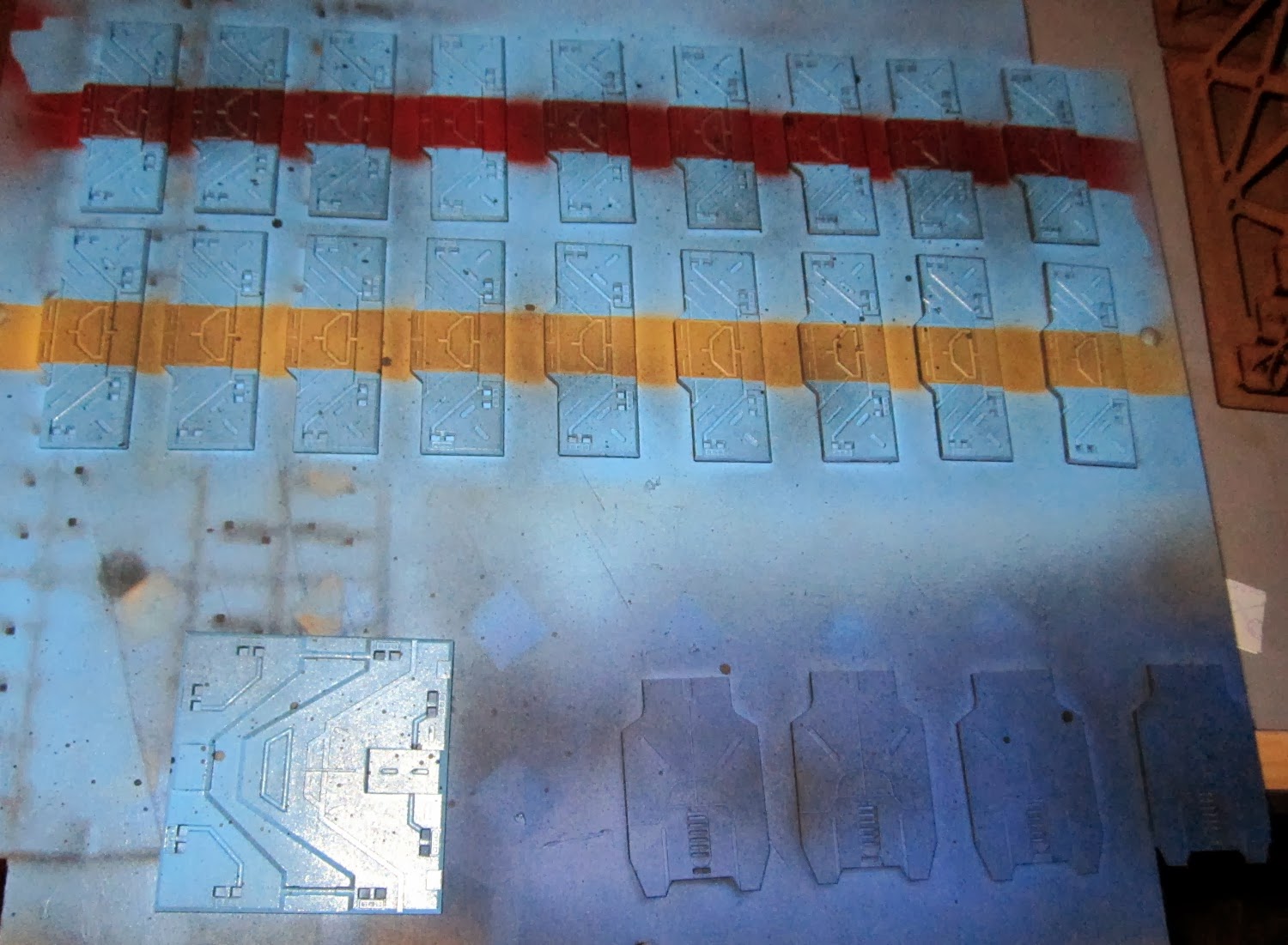 I hope to get a game in sometime this week, then I can figure out if I have enough terrain (NEVAR!!1!! lol) and then decide which sets I want to pick up from the final survey.

I also spent some time during the week making an abridged version of the Infinity rules (I use the term loosely as it is currently more pages) that includes a glossary. Hopefully I can finish it up in a week or so, making finding the relevant rules sections much faster! I also assembled more of my Infinity models, just a couple to go and they will all at least be assembled.

Day 47
0/47 Painted/Days passed
0/10 Painted/Bought
Goals:
Build a permanent gaming table.
Complete my entry for the terrain competition.
Build a Kings of War army for playing with.
Build and paint a set of Deadzone battle groups.
Build and paint a full Malifaux crew.
Finish all of the Dreadball teams and MVPs.
Finish painting an Infinity group.
Make some headway on my Warpath fluff.
Posted by LavaJohn at 21:09