Posting a day late, but better than never! A few developments in the last couple weeks, the first being that the KOW tournament has been postponed to November, meaning that Knightwolf and I can go again, yay! This also means that I have to get the Elves finished but with a bit more time... So with this revelation I made a point of working on some more, finishing up another 6 spearmen this week. I've also got down to the last half dozen elves to assemble for the tournament and started to work on the multi-bases. 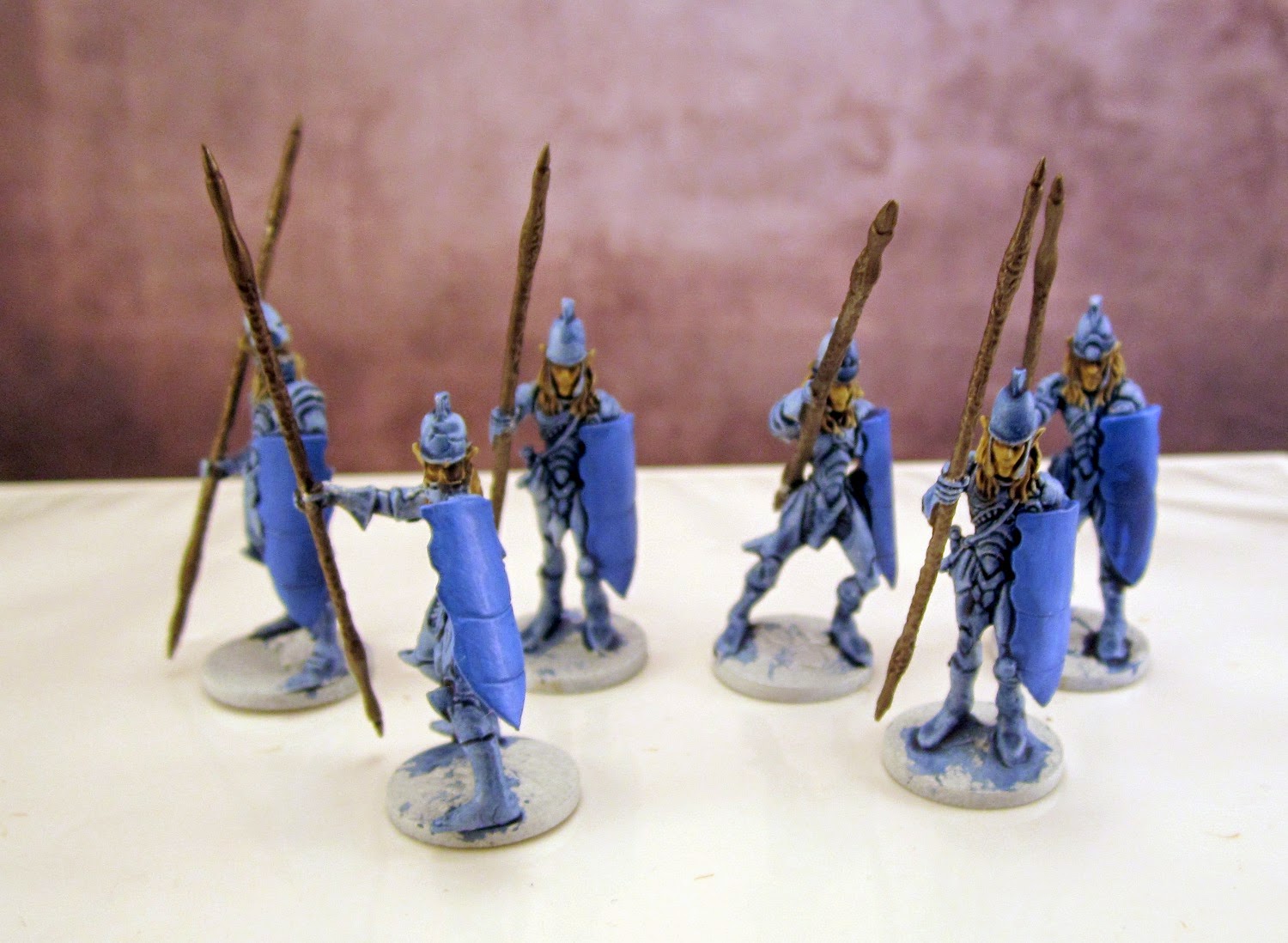 I also spent a bit of time working on my Dreadball models, finishing up my Human team. This was very quick as the scheme is the same as my Corporation (being the team sponsor) and all they need now is hex bases and player numbers. Next I need to figure out a scheme for my Robots team, sponsored by the R&D part of the same Corporation sponsor. 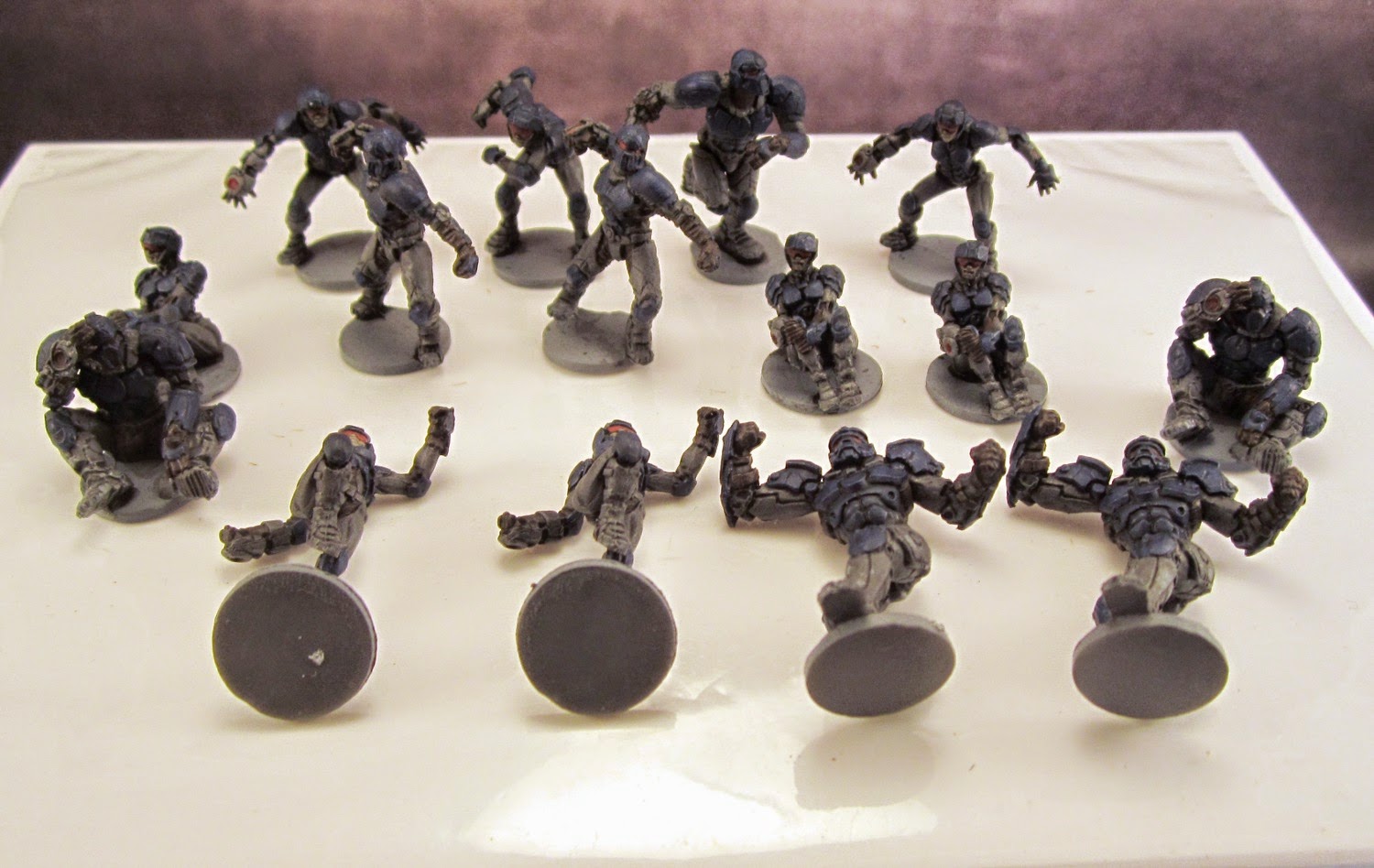 This brings my total for the week to 20 models, which isn't too shabby. I've restocked my spray paint supply, which will let me get the rest of the elves ready for painting and let me work on some of my other models. Deadzone wave 2 arrived this week, adding a large number of models to my 'to do' pile. This kind of sinks the 'paint more than you buy' counter but never mind...

The next development of the last couple weeks was that I now have a DSLR camera for taking photos! Not only that but it has a macro lens, which will let me get some better close shots. When time permits I will be able to re-shoot some finished models for the gallery page, probably over the Xmas period.

The last thing to happen was I got asked to paint some models for somebody else! Admittedly it is because I sold them some models and they have since added to the units, so want the models to match. Works for me anyway! So they are high priority on my painting table, they still need some trimming before I can start on them.

Day 265
204/265 Painted/Days passed
204/279 Painted/Bought
Goals:
Build a permanent gaming table.
Build a Kings of War army for playing with.
Complete my entry for the terrain competition.
Build and paint a set of Deadzone battle groups.
Build and paint a full Malifaux crew.
Finish all of the Dreadball teams and MVPs.
Finish painting an Infinity group.
Make some headway on my Warpath fluff.
Posted by LavaJohn at 18:55